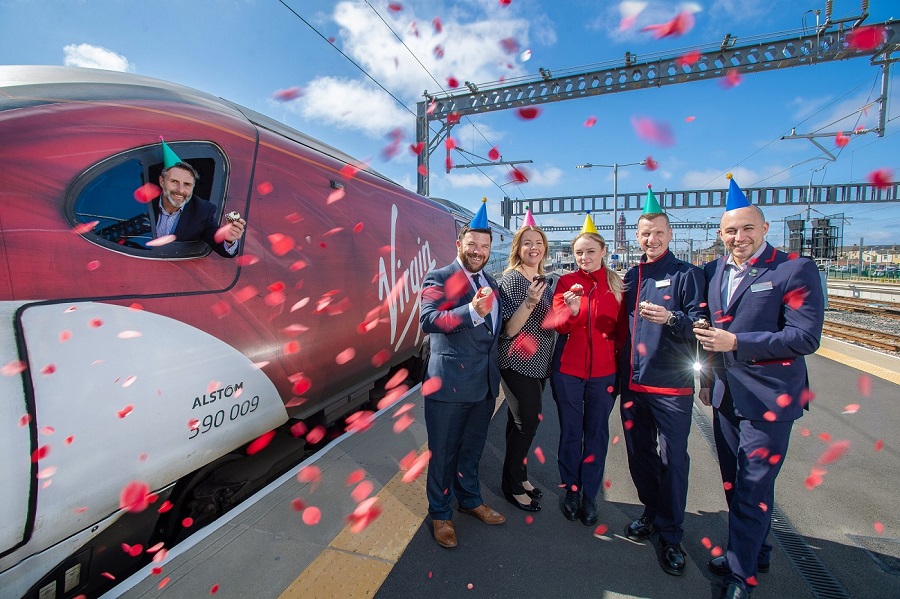 Virgin Trains has today revealed figures for record journeys taken on its Blackpool route one year after introducing electric Pendolino services, which strengthened connections to and from the resort.

Latest figures from Virgin Trains show over 150,000 journeys have been made on the 36 Pendolino services that launched in May 2018 – with 34% (51,000) made between Blackpool and London Euston. Adding journeys taken on the original services, a total of 56,000 journeys have been made between the resort and the capital – a record number since Virgin Trains first reintroduced a direct link in December 2014.

The electric services, which launched following Network Rail’s work to electrify the line between Blackpool and Preston, have also generated growth in local journeys in Lancashire – with 7,000 journeys between Preston and the seaside resort over the last year.

Following the boost in services, journeys on Virgin’s Blackpool route have increased by 1600% since May 2017 – when Virgin Trains only served Blackpool with two direct services a day Monday – Friday.

The inter-city operator now operates eight direct services each weekday and five services on a Saturday between Blackpool and London. A direct service from Birmingham on Saturdays also offers the West Midlands a direct service to Blackpool, contributing to the growth of tourism and the local economy along the West Coast Main Line. To celebrate one year of Pendolino services, customers will be treated to Blackpool Rock – made by local SME, Coronation Confectionery Promotions – and birthday cupcakes.

Zina Nomicas, General Manager at Virgin Trains, said: “We are delighted to have reached another milestone on our Blackpool route – celebrating one year of our electric Pendolino services, which have helped to transform and strengthen connections to and from the town. We have enjoyed serving the resort for nearly five years and would like to thank the people of Blackpool for their continued support as we announce record journeys on the route. The increasing popularity of our services illustrates travelling by train is a great way to reach Blackpool, so it’s the perfect excuse to enjoy a short break to the seaside resort this summer.”

Paul Maynard, MP for Blackpool North and Cleveleys, said: “Having fought so hard to deliver this increase in service I hope passenger numbers will continue to grow. I am pleased that Virgin Trains has continued to show faith in Blackpool and worked so hard to make these new services a success.

“There is no doubt of the benefit to our local economy of the direct link to London and other new markets and believe there is a strong case for innovation and the delivery of further direct services.”

Cllr Gillian Campbell, Deputy Leader of Blackpool Council, said: “This is great news and are delighted more and more visitors are using this city to seaside direct link to experience our fantastic beaches, attractions, shows and world-class events.”

For more information on travelling to Lancashire by train visitlancashire.com

The Great British Food Festival is BACK