Long-standing bike parts manufacturer Hope Technology prides itself on employing a workforce of cycling enthusiasts passionate about life on two wheels. That’s why, during the coronavirus pandemic, it was employees that came up an idea for how the Barnoldswick business could do its bit to assist the NHS. 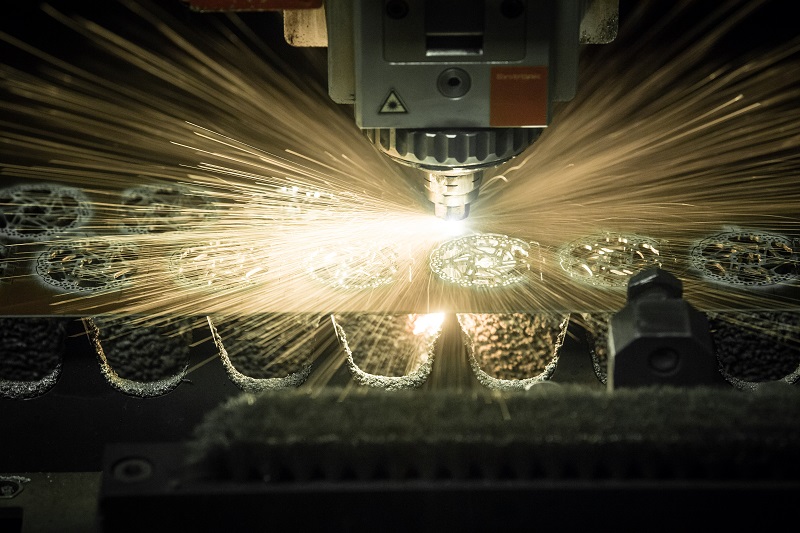 The 3D printers usually used to manufacture bike parts have been set to work to make plastic full-face visors for frontline NHS workers. The business can make up to 30 in a day – and has been producing 140 every week – which have been supplied to Lancashire Health Trust for use during the crisis.

The business also stepped up to make stainless steel components for ventilators after responding to an appeal for help, turning out 1,000 every week.

“There are so many people on the frontline risking a lot more than we are and it was important for us to be able to do our bit to back them up,” says sales and marketing manager Alan Weatherill, the business’s fifth employee. “We haven’t exposed ourselves to the same risks and it was relatively easy for the business to switch over to make them. We were just pleased to be able to do something to help.”

The business closed for three weeks at the beginning of lockdown, with some workers going in to make the vital PPE and ventilator parts, before reopening gradually as the cycling industry became an important element of lockdown life. The pastime experienced a boom period as one of the government’s permitted daily activities, with prime minister Boris Johnson predicting cycling would enjoy a ‘golden age’ as many people took to two wheels to exercise and commute.

“Coming out of this, if just five per cent of these people carry on riding then it will be very good for the industry,” Weatherill says, adding that the way Hope handled the lockdown was inspired by its location. “Being based in a small community like Barnoldswick, it was very much about doing the right thing for the community. Most of our people are local and when we closed down it was because the likes of Rolls-Royce and the other businesses closed, and the local community got behind the idea of shutting everything so that we could protect each other.”

A handful of people continued to go to work to produce the visors and ventilator parts, until the business brought back, at first, 20 per cent of the workforce, and slowly increased this figure in line with safety guidelines. 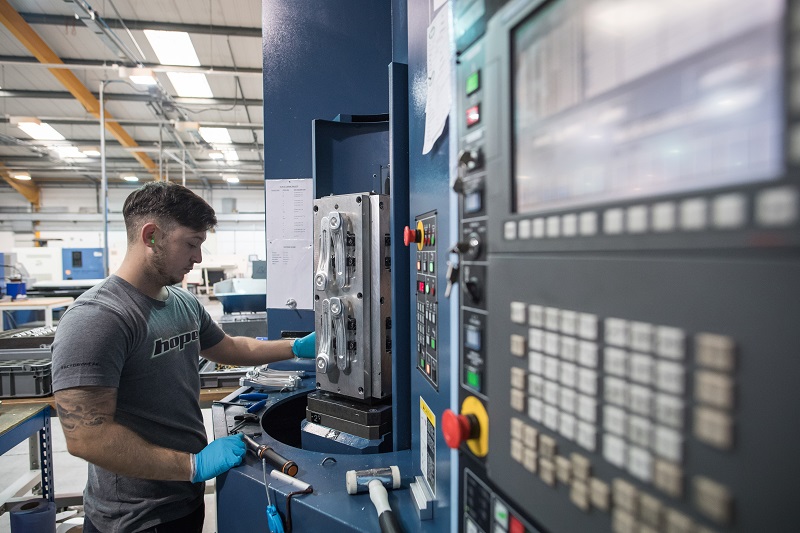 Founded in 1989, Hope was set up by Ian Weatherill, Alan’s brother, and Simon Sharp, motorcycle trials friends who had worked together for Rolls Royce Aerospace, but saw an opportunity to set up their own tool making business. Initially, the business focused on making jigs and fixtures for aerospace companies, with Barnoldswick somewhat of a hotbed for the industry, until a change of direction for the business came through their own interest.

Deciding they were unhappy with the performance of the cantilever brakes on their mountain bikes, the duo decided to make their own. Two years later, after making hubs and brakes for themselves and friends, they formed Hope Technology, with the mechanical disc brake their first product to be brought to market.

The aerospace part of their business ceased in 2000 to concentrate solely on the bike market, which, at that time, made up 80 per cent of sales but required less paperwork to meet industry standards.
Today, the business employs 160 people who make high-end products that are sold all over the world.

Forty-five per cent of Hope’s total sales are made in the UK, with a quarter in Europe and the remaining percentage for the rest of the world. That split was an important reason why there was no slowdown during the pandemic. “Every country was at different stages so there was always a country that was doing really well and others doing less well,” says Weatherill. “In France, for example, there was a time when all the shops were closed while, in Germany, trade was thriving.” 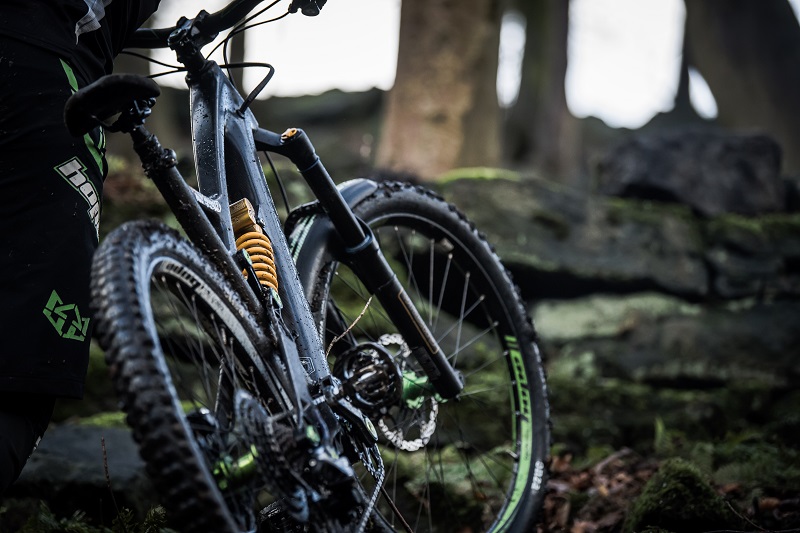 Exporting came early on for the business, in its first year, in fact, when it sold products to the US. “We’ve never shied away from exporting and we had ambition right from the beginning – it was just a logical thing to do, and the US was a market we had to get into,” Weatherill says.
The business has also been self-funded all the way through, meaning there were no outside interests to keep happy and the business could remain nimble – an idea only needing to convince one person rather than a whole board. As with its export strategy, Hope has remained diverse in what it makes, from brakes and wheels to lights, handlebars and seat posts, a rarity in the industry, Weatherill says. “Normally brands tend to do one thing, but at different qualities, but we have one standard for every component that we make,” he adds.

Ian, who remains at the helm as managing director, received an MBE in the Queen’s Birthday Honours List in 2019 for his services to business, innovation and the community in Lancashire. Simon passed away in 2016.

The secret to their success, Alan Weatherill says, has been growing organically. That, and the people the business employs. “It works for us because we’re passionate about what we do,” he says. “Ultimately, we’re making things for ourselves and if you work that way then you tend to be more focused.”