Two University of Central Lancashire (UCLan) staff have paddled their way into a national sports team and will represent their country at a European tournament. 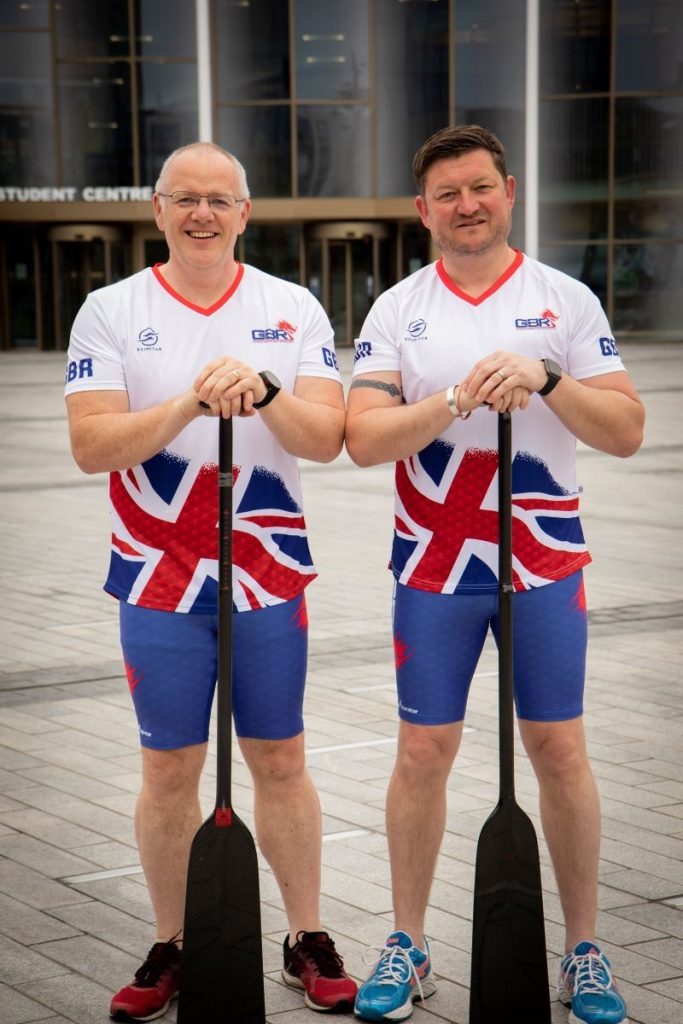 Ian Carrie and Tony Dickson have been selected to represent Great Britain in the Senior A category (over 40s) for the European Dragon Boat championships.

The duo, who are both senior staff within UCLan’s Learning and Technical Resources’ team, featured in the top seven paddlers in the recent national trials and are guaranteed a seat for the event being held in Spain in late summer.

Tony, 47, from Tarleton, said: “It is an absolute privilege to race for my country. A lot of hard work and dedication has gone into  selection, so it is also recognition of that effort and that of the coaches.

“It was a nervous wait for a few days to find out if we’d got in after our performance at the British National Team Selection. We had a specific trials day where we had to do timed runs over various distances in converted kayaks, called O1s, which you can paddle on one side like a dragon boat.  We then had to do a series of land-based fitness tests such as press-ups, inverted rows, plank and rowing ergo work. To get that phone call from Head Coach Ally Mills was fantastic.”

They got into dragon boat racing when they were part of a UCLan Learning and Information Services team which competed in the UK Corporate Games when it was held in Preston in 2012. They competed in a number of future Corporate Games and Preston City Games while they also raced for the UCLan Confucius Institutes. During this time they picked up a few victories, medals and trophies.

They went on to train with a newly formed team in Preston, called the Preston Dragons, but after a few years moved to a Liverpool-based team called Amathus.

Ian, a 51-year-old from Penwortham, said: “We moved to Amathus because the team had been national champions for a number of years, and it has a lot of experienced members and coaches who had paddled and coached Team GB, so seemed the best place to develop our paddling and learn from those who had been there before.

“We attended our first national selection event four years ago so it’s been a very long journey. The first year a team wasn’t sent as the coaching staff felt the team wasn’t ready for competition and then Covid-19 got in the way for the next two years.

“We continued to train, via Zoom or individually in converted racing kayaks in hot tubs or anywhere we could find, and we were both selected for last year’s World Championships, in Hong Kong, but it was cancelled due to the global pandemic.”

This year’s event was due to take place in Kyiv but it has been moved to the Olympic Rowing venue in Banyoles, Catalonia, for safety. The duo, who have praised their family and friends for their support, will race between 31 August and 4 September.

Ian added: “I know we’re both thankful for each other and being able to be on this journey together. We’ve had a few ups and downs over the last few years, but we have kept each other motivated and on track. Now let’s hope it ends in a medal.”